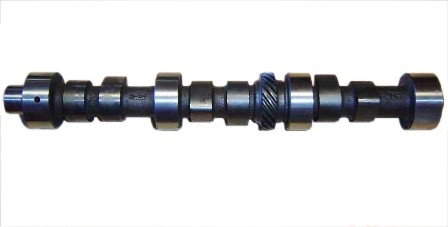 The cam itself is rarely the cause of cam failure. The only aspects of cam lobe wear that can be regulated during production are lobe taper, lobe hardness, and surface finish.

The camshaft is subjected to strict quality checks throughout the manufacturing process to guarantee that it meets all design requirements. Insufficient lubrication, improper break-in, reusing old/worn components, mechanical interferences, and substandard hardware/hardware that are not torqued to spec are common causes of failure.

7 Reasons For Camshaft Failure are-

Improper lubrication during installation is a common cause of lobe wear.

Only use the lubrication recommended by the manufacturer, which is usually included with the cam. Must lubricate every cam lobe surface and the bottom of every lifter face of all flat tappet cams. Only the lifters and cam need to be lubricated with engine oil when using roller tappet cams.

Fill the crankcase with new, non-synthetic oil after applying the proper break-in lubricant to the cam and lifters. To fill all oil passageways and the oil filter, use a priming tool and an electric drill to prime the oil system.

Verify that the pushrods are spinning during break-in, as this will indicate that the lifters are rotating as well. The cam lobe and lifter will fail if the lifters do not turn. You may need to help in spinning the pushrod to begin the rotation process.

The Camshaft Card that comes with each camshaft set contains detailed break-in instructions. Read and follow these instructions carefully.

New lifters can be used on a good used cam but should never use lifters with a new cam. If you’re removing a good used flat tappet cam and lifters intending to reuse them in the same or another engine, keep the lifters to remove them from the cam. Lifters are “mated” to their lobes and cannot be changed. If the used lifters become mixed up, discard them, replace them, and break in the cam again.

Because of the high spring pressure, the heat generated by the cam is transferred to the roller wheel, causing it to break prematurely. Therefore, any springs that are utilised must be assembled at the height suggested by the manufacturer. Never instal springs without first ensuring that the assembled size and pressures are correct.

Can hinder Lifter rotation during cam break-in due to increased spring pressure following a spring change and increased valve lift. Also, lowering spring pressure throughout the break-in stage is quite beneficial. If twin springs are employed, this can be accomplished using a shorter ratio rocker arm to reduce valve lift and eliminate the innerspring during the cam break-in period.

Before the complete lift of the valve, all of the coils of the spring -outside, inside, or flat damper contact each other. Therefore, the spring you use should be able to move at least.060″ further than the valve lift of the cam from its assembled height.

Use the camshaft moly paste that came with your flat tappet camshaft set at all times. All flat tappet cams should have it abundantly sprayed to every lobe and lifter face. Should apply Assembly lubricant to all journals and tappet bores during assembly.

The moly paste is not required for roller follower cams; nonetheless, it should utilise sufficient assembly lubrication; see your Camshaft Card for further details.

A film of lubricating oil is required for valve train components and camshafts to function correctly. Failures occur when this film is missing owing to a shortage of oil, improper oil, oil breakdown/contamination, or overheating.

Also, When a head gasket fails, coolant and oil combine frequently. When oil becomes polluted, it loses its film strength and ability to lubricate appropriately almost instantly. The camshaft is damaged as a result of this.

When installing a new set of flat tappet cams, it’s necessary to replace the tappets. This is because flat tappets become matched to a certain lobe/camshaft because they ride directly on it. Therefore, the larger contact patch on the tappet originates from the more significant lift on your aftermarket camshafts.

Replacing outdated springs is just as crucial as replacing worn tappets. With the higher lift of aftermarket camshafts, the compression range of the spring is also expanded. Your old springs were functioning within the same range as your OEM camshafts. When you instal an aftermarket camshaft, and the compression range extends, your utilised spring is subjected to new strains.

The majority of people will have no way of checking cam straightness. As a general rule, the cam should turn smoothly with just your finger pressure if you can instal the cam in the engine and instal the timing gear. There should be no resistance or drag when turning the cam. This free rotation assumes that new cam bearings were fitted, that they were the correct parts, and installed correctly.

Camshafts are the masters that control the timing of the entire engine assembly, and Garima Global under the AutoGRACE brand is one of the leading camshafts manufacturing companies in India that specialises in producing custom camshafts to meet the needs of customers.

Mon Jul 26 , 2021
Relating to residence safety, owners should take a few vital precautions to keep their households secure. Nimble, off-highway capable dual-sports and learner bikes are normally round 250 to 400 cc. Mid-range, retro-fashion, do-something bikes which can be fun on backroads and comfortable on highways begin at 650 cc and may […] 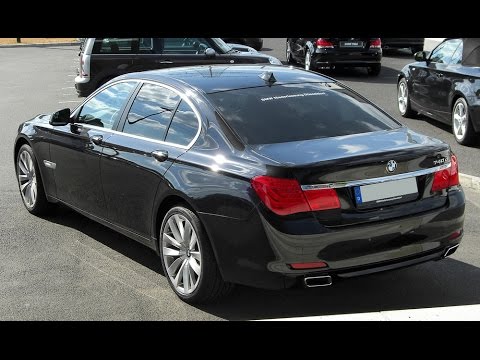